You don't have any saved vehicles!

Look for this link on your favorites:

Once you've saved some vehicles, you can view them here at any time.

Kia just unveiled the powerful new Stinger to the world, and now West Coast Customs has teamed with the automaker to create a uniquely-modified version of the powerhouse sedan that will be exhibited at this year’s Specialty Equipment Market Association (SEMA) show in Las Vegas on Tuesday, October 31 at 9:00 a.m.

We teamed up with @westcoastcustoms to create the ultimate modified #KiaStinger! Want to see it in action? It's all going down at the @SEMAShow! #StingerExperience #KiaSEMA #SEMA #SEMAShow #Kia #carsofinstagram

The five-passenger Stinger sportback is the first GT offered by Kia, and promises to be the highest-performance production vehicle in the company’s history. You have a choice of two turbocharged engines, both of which are paired to an eight-speed automatic transmission. A 2.0-liter turbocharged four-cylinder engine produces 255 horsepower and 260 pound-feet of torque, while a 3.3-liter twin turbo V6 engine generates 365 horsepower and 376 pound-feet of torque. Equipped with the 3.3-liter engine, the Stinger bests the Porsche Panamera in 0-60 mph timed runs.

At Byers Kia, we’re excited to get the chance to introduce the Stinger to our friends and neighbors in the Columbus, Westerville, Dublin, Delaware and Lewis Center areas.

You don't have any saved vehicles!

Look for this link on your favorites:

Once you've saved some vehicles, you can view them here at any time. 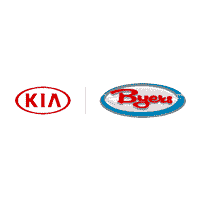